The Oscars may be on March 2nd, but Oscar Fever is happening at the Dracut Library in February! On Saturdays, from February 8th-March 1st, (with a special Tuesday & Wednesday happening during February School Vacation week!), we’ll be premiering free 2014 Oscar nominated films. Registration is required – so make sure you check out our Events Calendar and register a.s.a.p!

“The true story of Captain Richard Phillips and the 2009 hijacking by Somali pirates of the US-flagged MV Maersk Alabama, the first American cargo ship to be hijacked in two hundred years.” (from IMDb)

“After everything in her life falls to pieces, including her marriage to wealthy businessman Hal, elegant New York socialite Jasmine moves into her sister Ginger’s modest apartment in San Francisco to try to pull herself back together again.” (from Metacritic.com)

Gru is recruited by the Anti-Villain League to help deal with a powerful new super criminal. (from IMDb) This film is nominated for two Academy Awards.

“After their cave is destroyed, a caveman family must trek through an unfamiliar fantastical world with the help of an inventive boy.” (from IMDb) Nominated for one Academy Award.

Matthew McConaughey stars in DALLAS BUYERS CLUB as real-life Texas cowboy Ron Woodroof, whose free-wheeling life was overturned in 1985 when he was diagnosed as HIV-positive and given 30 days to live. These were the early days of the AIDS epidemic, and the U.S. was divided over how to combat the virus. Ron, now shunned and ostracized by many of his old friends, and bereft of government-approved effective medicines, decided to take matters in his own hands, tracking down alternative treatments from all over the world by means both legal and illegal. Bypassing the establishment, the entrepreneurial Woodroof joined forces with an unlikely band of renegades and outcasts – who he once would have shunned – and established a hugely successful “buyers’ club.” Their shared struggle for dignity and acceptance is a uniquely American story of the transformative power of resilience. (c) Focus Features

“A medical engineer and an astronaut work together to survive after an accident leaves them adrift in space.” (from IMDb) Nominated for 10 Academy Awards.

Please remember to pre-register for these movies by clicking here :

Filed under all ages, event, friends of the library, library services

Join Hank for a discussion of her latest mystery novel, THE WRONG GIRL., on Tuesday October 22nd, 2013.

Hank Phillippi Ryan is the investigative reporter for Boston’s NBC affiliate. A television journalist since 1975, she has won 28 Emmys and twelve Edward R. Murrow awards for her work. Her work has resulted in new laws, people sent to prison, homes removed from foreclosure, and millions of dollars in restitution. A best-selling author of five mystery novels, Ryan has won the Agatha, Anthony and Macavity awards for her crime fiction. A book signing will follow her talk.

Sponsored by the Friends of the Dracut Library.

Filed under adults, event, friends of the library

A Night at the Spinners!

The Friends of the Library are joining in on the action, with a fundraiser of discounted game tickets. 100 tickets are now available for the August 4, 2013 game at 5:05pm. Tickets are only $5.00, with $1.00 of every ticket going to the Friends.

But wait, that’s not all! Each ticket you purchase will earn you one entry into a raffle for 2 free passes to a Gator Pit pre-game meal, as well as a chance to win a trip to Spring Training at Steele Hill Resorts!

Can’t make the August 4th game? It’s all good; you can still help the Friends with a Lowell Spinners ticket purchase.  Go to http://www.lowellspinners.com, choose tickets for any game in the season, and enter mgparker as a Special Offer Code when you checkout. Every ticket purchased will earn a donation to the Friends.

Tickets for the August 4th game are available now at the Reference Desk on the 2nd floor of the library.  Pick yours up today!

Filed under all ages, event, friends of the library, Uncategorized

Tagged as Friends of Dracut Library

Mark your calendars! The next two months the Friends of the Library will be sponsoring some not-to-miss free events! It starts this Monday, March 25th at 6:30 pm when Maureen Stanton will talk about her book, “Killer Stuff and Tons of Money: An Insider’s Look at the World of Flea Markets, Antiques & Collecting”.  Yes, spring is here – and that means it’s time to cruise those flea markets! Find out how you can turn a profit from your weekend finds.  After all, everyone could use a little extra cash.

On Monday, April 8th at 6:30 pm, we are proud to have the author of “Three Junes“, “The Whole World Over“, “I See You Everywhere“, and “The Widower’s Tale“.  Get your book group and friends together to meet and hear Julia Glass!! A resident of Marblehead, Massachusetts, she is a past winner of the National Book Award for her debut novel, “Three Junes”.  She has described her characters as being her “alter egos”, and her favorite word is “widdershins” – she is a fascinating person that you have to meet!

Two days later, on Wednesday, April 10th at 6:30 pm, Richard Howe and Chaim Rosenberg will be talking about their new book, “Legendary Locals of Lowell“.  This is sure to be a fun evening! You may recognize some of these legendary locals – perhaps it will be a walk down memory lane! Either way, come and meet Richard Howe, a great friend of the Dracut Library!

Are you interested in the Whitey Bulger case? Sure, you can read the papers, but why not hear first hand from Kevin Cullen and Shelley Murphy, authors of  “Whitey Bulger: America’s Most Wanted Gangster and the Manhunt That Brought Him to Justice”? Make plans now to be here Wednesday, May 22nd at 6:30 pm – their insights are sure to be a hit!

All events are sponsored by the Friends of Dracut Library. They are free and open to the public.

Filed under adults, Do it!, friends of the library

Looking for something to do on a rainy day? How about checking out the animals at the National Zoo in Washington, DC with their animal cams! Observe how the pandas, gorillas, sloth bears, cheetahs, tigers and a whole host of other animals are spending their day. Find facts about the animals and even ‘adopt’ one! When you are ready for a real zoo experience, reserve passes from the library for the Stone & Franklin Park Zoos. The passes are free and available to Dracut residents with a valid library card (card must be presented when passes are picked up). To reserve a pass click HERE. Remember, vacation weeks and weekends are busy times for our passes. Please book ahead!

Filed under all ages, library services 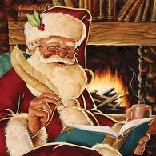 The Friends of Dracut Library are offering a special gift for your child at this holiday season: a personalized letter from Santa Claus to your child! It’s very simple: Fill out the form neatly (links to the form are below) and drop it off at the Circulation Desk or in the Children’s Room along with a donation of $3.00 per letter. Checks can be written to the “Friends of the Dracut Library.” Forms need to be received by December 10, 2010. Don’t wait late requests will only be processed based on time and availability.

Filed under children, Do it!, friends of the library, Uncategorized

Did you know, that as a resident of Dracut, you can check out passes to a wide assortment of local museums? Explore the treasures of The Museum of Fine Arts, Boston or the underwater world of the New England Aquarium. Discover the Children’s Museum in Boston or the Discovery Museum in Acton, MA. How about a day at the beach? Did you know you could visit Massachusetts State Parks for free? How about the Zoo? You could visit there too! We have passes for both the Franklin and Stoneham Zoo! Don’t let the summer months pass you by – Discover. Explore. Have Fun!

You must be a Dracut resident with a Dracut Library card in good standing. For more information visit our website. To Reserve passes click here.

Filed under adults, all ages, children, Find It!, friends of the library, library services, Uncategorized

The library is closed for the 4th of July weekend and reopens July 6th – but we know you need to know that Holiday Trivia for your weekend BBQ’s! From our friends at Chiff here goes:

30
Number of places nationwide with “liberty” in their name. The most populous one is Liberty, Missouri (26,232). Iowa has more of these places than any other state: four (Libertyville, New Liberty, North Liberty and West Liberty).

66 million
Number of visits in a recent year to our national parks — a particularly scenic locale for a July 4th picnic. There were 766 million visits in a recent year to another popular picnic venue — state parks or recreation areas. Those in California (80 million), Ohio (59 million), New York (56 million), Washington (48 million) and Illinois (44 million) recorded the highest number of visits. DID YOU REMEMBER TO RESERVE THE MASSACHUSETTS STATE PARKS PASS FROM THE LIBRARY??

And then there are the Holiday mishaps…but we have you covered (no pun intended! Though I do warn you, we’ve never tried these treatments so use good judgement!) Poison Ivy Treatments, Sun burns, and those often dreaded Family Reunions! We hope you have a wonderful, safe 4th of July!!

It’s the 40th anniversary of Earth Day! Taste the water, see the sky and feel the lush green earth under your feet! Using your library is not only good for your head but it can be good for the earth too. Do you have books you no longer want or need? Donate them anytime for the Friends of the Dracut Library Booksale (but please no encyclopedias or textbooks). Or check out these 80 uses for old and unwanted books. Help rid the world of those nasty plastic bags: bring your own cloth bag with you when you come to the library.  Do you want more library green ideas? Visit the wonderful blog Going Green @ Your Library

Filed under all ages, Find It!, Uncategorized